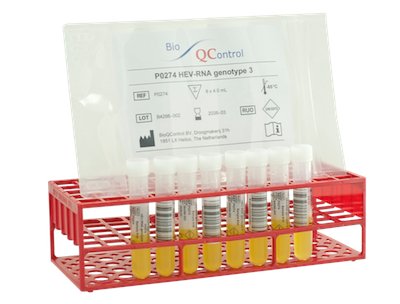 In the late 1990s VQC-Sanquin had established parvo B19V genotype 1 and HAV genotype 1a standards that were widely used in NAT validation and proficiency studies. Both standards were compared to the first International Standards in WHO collaborative studies. The calibration data were confirmed in studies performed in Sanquin at that time. More recently a secondary HEV standard has been established in collaboration with Sanquin. Since a reference method for calibration of our non-envelope virus standards in copies/mL is not available we so far quantify our standards only in IU/mL based on calibration against the first WHO standards.

The parvo B19V genotype 1 standard dilution panel has been used for validation of the Procleix B19V/HAV assay on the Tigris instrument with comparable quantitative results as on the 2nd WHO 99/802 standard. A new version of the Procleix B19V/HAV assay has been recalibrated on the 3rd WHO 12/208 standard and this assay reports significantly lower values on the VQC-Sanquin standard. The Roche DPX assay has not been recalibrated and was found to report significantly lower values on the 3rd WHO 12/208 standard. The VQC-Sanquin standard dilution panels can be used for quantification in IU values assigned to the 1st WHO 99/800 and 2nd WHO 99/802 standards, but not to the IU values assigned to the 3rd WHO 12/208 standard.

The parvo B19V genotype 2 standard has been calibrated in IU/mL by Sanquin, but the original quantification of the HAV genotype 2a and 3a standards needs to be reassessed. 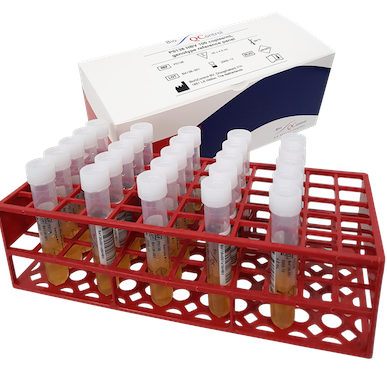 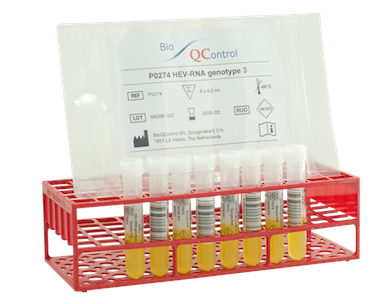